Goldie - The Journey Man Tour 2017With the Heritage Orchestra Ensemble 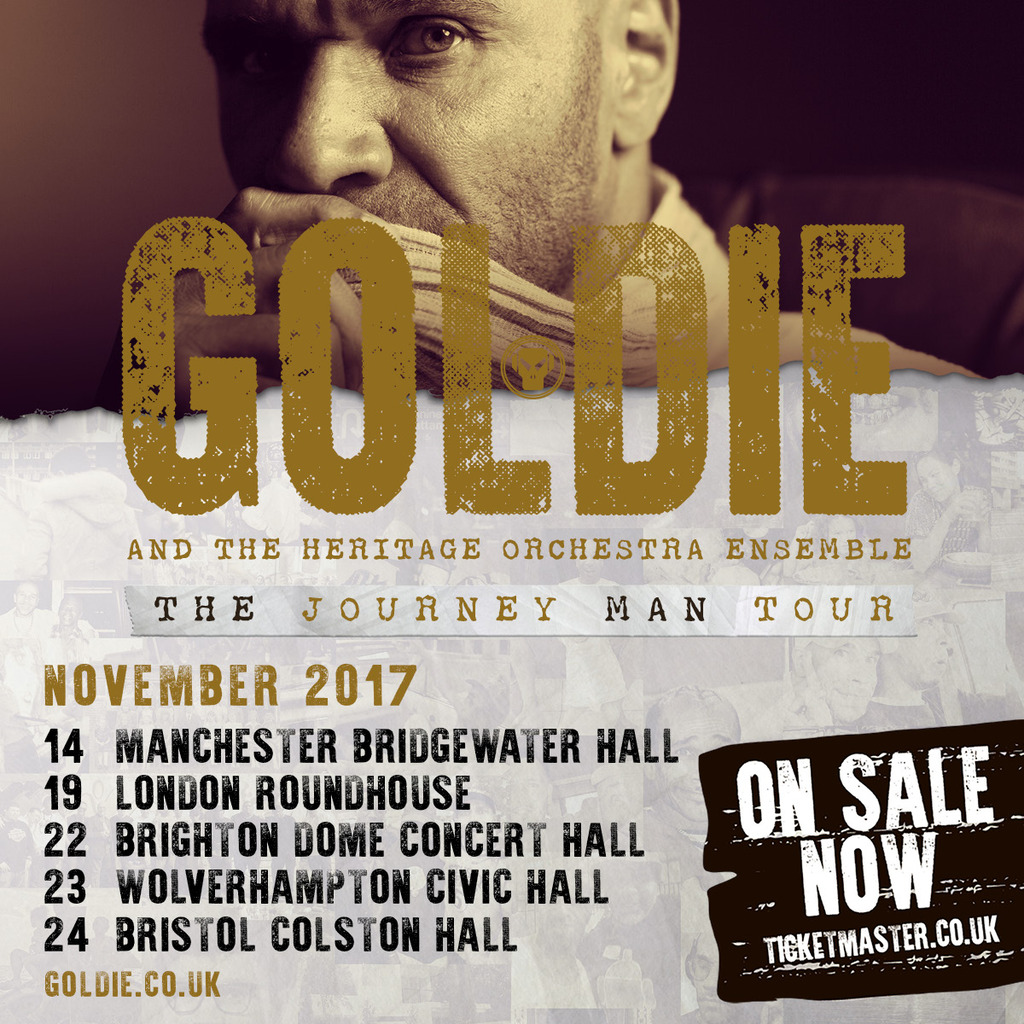 Goldie brings together members of the Heritage Orchestra Ensemble as well as special guests, to perform tracks live from his iconic repertoire as well as material from his highly rated album 'The Journey Man'

About the event he says "This will be one of a kind: a culmination of everything past, present and future in my music, like it has never been heard before, live. I’ve got the absolute best of the best on stage with me and we’re going to create something new right in front of your eyes...alchemy in its purest form."

Goldie previewed these upcoming shows over two sold-out nights earlier this year at London's legendary jazz venue Ronnie Scott’s. Met with outstanding critical acclaim, DJ Mag said: "Goldie’s is a performance all of his own…his contribution is pure petroleum; fuel for the fire."