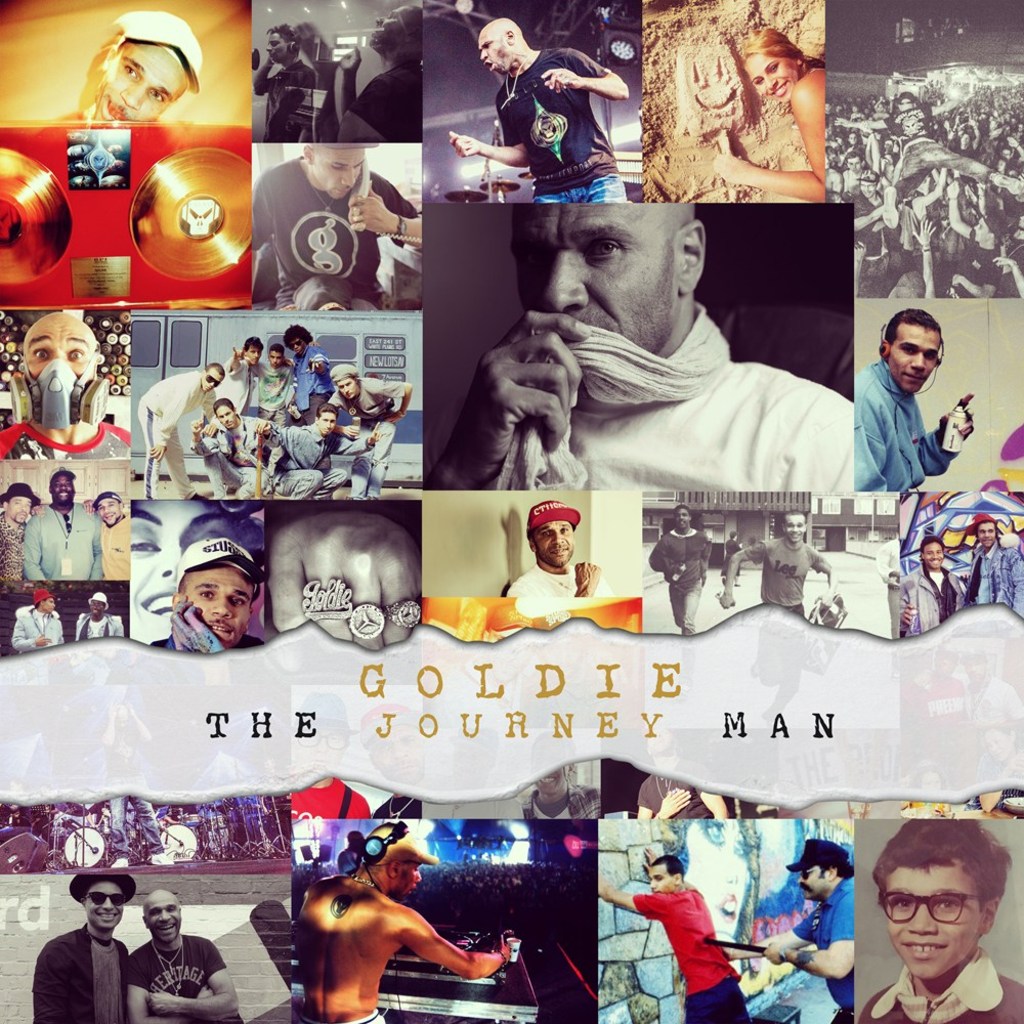 “This new music reflects the most honest, and bold, insight into who I really am and where my heart wants to be.” - GOLDIE

The Journey Man' is available now at:  https://goldie.lnk.to/TYM

Signed items and special bundles can be ordered from the Official Store: https://goldie.lnk.to/TYMFa/goldiestore

MOBO Award-winning songwriter, DJ, producer, visual artist and actor Goldie (MBE) will release a new double album ‘The Journey Man’ on June 16th. The album comprises two parts, 16 brand new tracks in total, all written and produced by Goldie. It also features a host of collaborators handpicked by Goldie to help realise his vision for the album. ‘The Journey Man’ will be released through Cooking Vinyl and Goldie’s own record label, Metalheadz.

“In my music,” says Goldie “is everything I’ve learned, everyone I’ve met, everything I’ve experienced.” And it’s been an incredible trip. The maverick innovator – who rewrote the future of the jungle scene with landmark releases has a unique story to tell. From children’s homes in the West Midlands through stints in New York and Miami as one of the UK’s most celebrated exponents of graffiti art to rubbing shoulders with an exceptional list of musical collaborators including David Bowie, Noel Gallagher and KRS One, Goldie has always been one of a kind.

Goldie says: “I often look at music not so much as a producer but like a director. You’re drawing together engineers, performers and arrangers to create something special, something magical. It’s like alchemy. The notes, the music, the lyrics, they’re all in my head and each element has to be communicated and brought to life to create the finished track. I’m always inspired by great movie directors – people like Stanley Kubrick and PT Anderson – and, if you think about it, it’s quite a similar approach. They start off with a vision and then they use that vision to deploy the actors and the cameramen and the editors in order to create the finished film.”

Collaborators on ‘The Journey Man’ album include vocalist and songwriter Natalie Duncan, who was discovered when chosen in the three-part BBC series ‘Goldie's Band By Royal Appointment’ and later provided the vocals for Goldie’s 2012 single ‘Freedom’. Other featured vocalists on the album include Terri Walker, Tyler Lee Daly, Natalie Williams, José James, Naomi Pryor as well as Goldie’s wife, Mika Wassenaar Price. Full tracklisting for ‘The Journey Man’ below.

Goldie’s career to date is unparalleled. He is a pioneering DJ, songwriter, producer, and visual artist, as well as an actor and orchestral composer and conductor: a modern-day renaissance man. In 2012, he was selected as one of the BBC’s “New Elizabethans”: a selection of 60 people - including David Hockney, Roald Dahl, David Bowie and Tim Berners-­Lee - who have helped shape British culture during the reign of Elizabeth II. Four years later, he was awarded the MBE in the Queen’s New Year Honours.

22 years ago saw the release of Goldie’s debut album ‘Timeless’ which truly changed the face of electronic dance music specifically drum’n’bass, hardcore and jungle. The seminal record featured the iconic track ‘Inner City Life’ - the vocals for which were performed by the late Diane Charlemagne. In 2011, The Guardian described the release of ‘Timeless’ as one of the "50 key events in the history of dance music".

“I always felt that Timeless was a wonderful blueprint…the challenge, for me was creating something worthy of that.”

Goldie is also one of only a handful of artists ever to co-write with David Bowie – on the track ‘Truth’ from the drum‘n’bass pioneer’s second album, ‘Saturnz Return’. The album also featured distinguished collaborators such as Noel Gallagher and KRS-One, and hit number 15 on the UK Albums Chart upon its release in 1998.

Goldie will be performing an exclusive, sold-out set of shows at London’s esteemed venue Ronnie Scott’s on 24th and 25th of February, where he will be performing with the Heritage Ensemble along with ‘The Journey Man’ vocalists Terri Walker, Tyler Lee Daly, Vanessa Haynes and Natalie Duncan.